The National Center for Women & Information Technology (NCWIT) partnered with Advance IT Minnesota for the 2nd annual Aspirations in Computing Awards. This initiative recognizes young women at the high school level for their computing-related achievements and interests. Winners were selected based on their computing and IT aptitude, leadership skills, academic history, and plans for post-secondary education. This year, 15 young women were recognized during the ceremony on April 29th,hosted by General Mills.

As a committee member of the Ceremony, I must say that I was humbled, proud and in awe of the young women being recognized that night.

The Aspirations Awards program process, from the starting point of seeking out applicants, through the media awareness and selection process, to the big event on the 29th was a huge success and could not have been accomplished without great supporters, committees and candidates. Maverick is proud to be a part of this talent development effort! 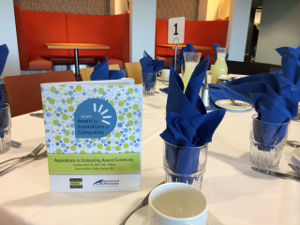 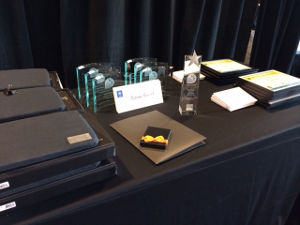 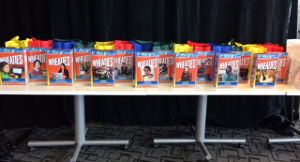 See some additional remarks on the night:

"This year, the 2014 Minnesota Aspirations in Computing Award Ceremony was hosted by General Mills (Golden Valley, MN). To connect the award winners with IT professionals, representatives from over twenty different companies attended the ceremony to recognize the fourteen student honorees for their accomplishments relating to technology. Many of the speakers discussed how they became involved in technology, who supported them, and how they dealt with working in an occupation mainly dominated by men.

Tika Kude was awarded the Minnesota Aspirations Educator Award, encouraged me and some of the other Wayzata award winners to apply for[participate in] this event. I was also motivated to be a part of this event because of my school colleagues, and friends, Annelies Odermann and Ananya Mishra winning awards last year. I was originally skeptical about my technological achievements, and did not view them as significant. However, this event has shown me that our accomplishments are extremely important, and that we should be proud of them. Not only was this event influential, but it also highlighted the importance of encouraging girls to explore technology.

The most inspiring moment of the event, was listening to the hardships and conflicts each speaker had when entering the technology field, and how they overcame these difficulties. Not only did they discuss the time and dedication that was required to succeed as a woman in technology, but they also mentioned how it was completely worth the struggle. They also emphasized the importance of networking in the business world. Making connections and building relationships with people interested in the same field as you creates new opportunities and has long-term benefits.

Personally, I would love to see more women involved in IT, because I know many of the girls in my school are completely capable of excelling in the computer science field, but are put off by the association between programming and men living in their basement. Many girls are also unaware of the job opportunities available when it comes to technology. With over 2,000 students in my entire school, it disappoints me that there are only two AP Computer Science classes a year, less than thirty students in each class, with only a couple of those students being female. I’m hoping to increase the number of girls signing up for technology classes next year, and encourage more girls to explore their interests in computing instead rather than be discouraged from joining a ‘male course’.

In five years, I hope to see myself working as a software developer for either a large company, such as Google or Facebook, or a smaller one for more freedom and personal input. Either way, I plan to expand my current programming abilities and perhaps explore other career paths in the technology field such as programming apps or game development."